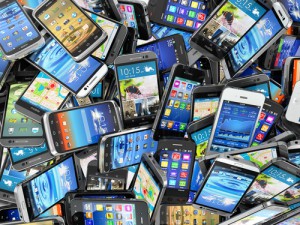 Smartphones and smart devices are infiltrating our lives and the lives of many around the world.  To more tech-resistant individuals, it’s concerning and sometimes annoying how distracted people are by their devices.  There are even blanket statements out there describing how smart technology is actually making us dumber.  As it turns out, there are actually great benefits to using these gadgets.

They offer immediate communication with others around the world, instantaneous access to information, endless multitasking abilities, and the unlimited opportunity to learn new things at any time in essentially any place.  Studies continue to demonstrate the effects that this constant device usage has on us, and a recent study describes how smart device usage may actually be boosting our IQs.

A recent study from the journal Intelligence describes the Flynn Effect in detail.  This effect, in summary, analyzes how the IQ scores of individuals have increased and continue to increase over time.  The researchers measured cognitive functioning using a variety of tests involving both the mechanics and pragmatics of cognition in people over 50 years of age.  This included testing individuals’ verbal abilities as well as visual differentiation abilities.  Then six years later, they studied the cognitive functioning of different individuals who fell within a similar age range.

Although correlation does not equal causation, it is evident that increased cognitive functioning in individuals from more recent years is correlated with increased technology usage.  This study described how “…everyday life has become cognitively more stimulating through the increasing use of modern technology…” We change our focus rapidly, have access to an endless wealth of information, and share in a variety of forms of interactive media daily.  These changes in daily functioning that now surround technology usage may ultimately be boosting our IQ scores and overall cognitive functioning.

Instead of technology hindering our ability to connect with the world around us, it may actually be making us smarter by allowing us to interact with others and available information in more complex and varied ways.